For most Africans agriculture is still the dominant source of income. The agricultural sector is then also the best place to begin building a liberated and prosperous Africa. This must happen with improving the life circumstances, food security and employment. The study The Better Harvest of the Arfrica Study Centrum (ASC) in Leiden under the coordination of journalist Dirk Vlasblom illustrated how the Indonesian model can offer inspiration.

The Berkeley Mafia, a group of Indonesian intellectuals, was influential in the policy around agriculture. They were led by Widjojo Nitisastro. The Berkeley Mafia uses both the free market as heavy government regulation. They placed the wishes of the farmers central in their policy and supported entrepreneurship and hard work. The government ensured stability and security. This was an inclusive approach from bottom up, instead of a trickle down economy that was dependent on the richer classes. This was a crucial difference from the neo-liberal approach, which is still popular in the West. 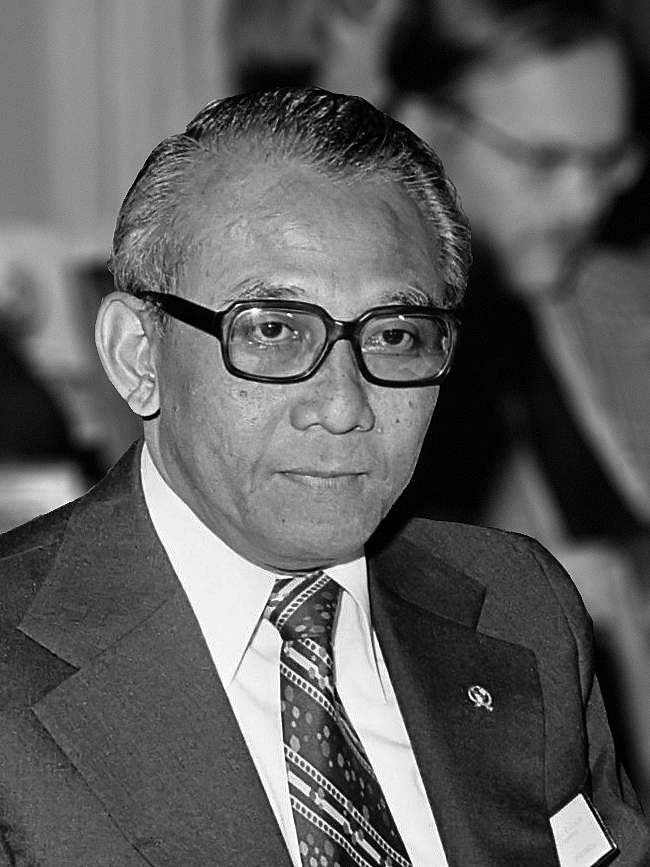 The Berkeley Mafia applied the principle that the best development strategy is the approach that empowers the greatest amount of people in the shortest amount of time. The agricultural strategy was focused on increasing the productivity of the small farmers.

As a result public funds were used to improve the irrigation system and new rice variants were introduced to gain higher profits. Credit and fertilizers were subsidized. All farmers gained a minimum price for their rice. Agricultural technology was labor intensive and thus did not lead to massive employment (in contrast to the West) but more employment.

Tens of millions of Indonesian farmers and laborers profited from this approach. It increased the income of the majority of the population and enhanced the national income as a result. The agricultural revolution ensured food security for the majority of the population. After the economy started growing, the trust also increased, that again led to more investments in labor intensive manufacturing industry, that led to hundred thousands of jobs. After this an export focused industrialization followed. The keys of this agricultural and afterwards industrial growth was to ensure food security and provide employment to innovate the food agriculture. There was an innovation from agricultural production to up-scaling in the value chain.

These lessons can be adjusted to the local realities of the African economies. It is crucial that there is sufficient food production to not only feed the rural populations but also the fast increasing urban populations. Still too much food production is dependent on the weather for a good harvest.

Famines keep returning where many tens of thousands die of hunger. In too many African countries food is still being imported for a cost much higher than it would have been produced locally. This agricultural transformation showed that in a relative short period it can lead to development. The inspirational story of a Liberian farmers son, narrated by writer Vamba Sherif, illustrates what is possible.

In Liberia a farmer’s son had studied in the United States. When he returned he brought the farmers together and involved them in all decisions regarding their crops and agricultural methods. Within a few years he succeeded together with the farmers to make this one of the best collaboration of its kind in Liberia. Until then they had been dependent on the weather, the government and old inefficient methods. Because of the agricultural success they started building better tools, granaries and other improvements. It quickly became one of the richest areas in Liberia.

This sort of success stories can be found in many more countries than Liberia, such as in Burkina Faso. Sankara also found agriculture the most important leverage for economic and social development in Africa. He stimulated building irrigation dams to build more food. To help farmers preserve their crops and to bring to the market, hundreds of granaries were build. The government invested in schools and clinics in the rural areas, while networks of farmers were organized. Most investments were used to increasing food production within the agricultural sector. It was essential to increase agricultural production. Land had to be used effectively and the existing agricultural production had to be reorganized. It also became important to keep the nature and climate healthy. People were encouraged to plant trees at all family and cultural gatherings. Through this method the initiative to plant trees became an adopted habit within society.