“It is something in their DNA. That is why Africa is still poor.”

I could not believe my ears. Somewhere in 2020, I had a conversation with a senior citizen that had worked for a lot of European High Commission positions in Africa.

We talked about our work in Africa, when he made this remark. He did not blink and said it without shame. While it was a racist suggestion demonizing Africans.

These racist views voiced overt or covert still run rampart in the Western world. Through lots of subtle signs it is clear that there is no equality between white and black, yet.

This inequality seems to manifest itself through bleaching creams for ‘lighter skin’, Western people with the urge to save Africa and Africans constantly depicted as poor, helpless, sick or prone to violence. 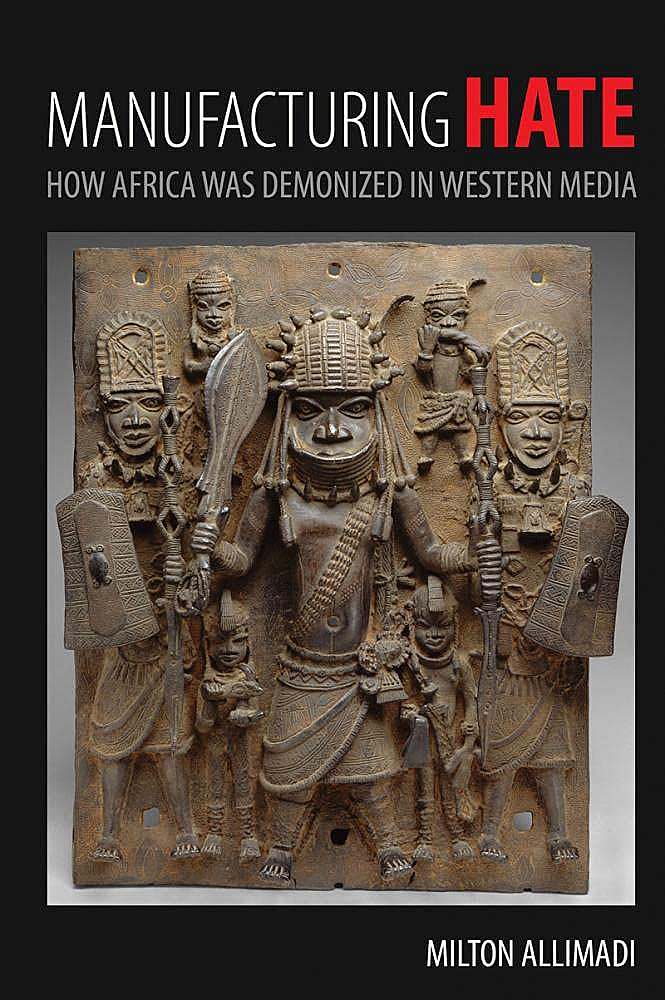 Front cover of the book

All of this, Professor Milton Allimadi suggests in his thought-provoking book Manufacturing Hate, is the result of how western media demonized Africans. This started with slavery and the age of ‘explorers’.

Through demonization of Africans by these ‘explorers’, which can be better coined as European travelers, conquest and exploitation could be legitimized by the colonial powers.

Prof. Allimadi, who teaches both history & journalism, discovered institutional racism within not only the New York Times, but multiple dominant media platforms. When he was searching in the archives of these media platforms, he located letters between editors and Africa correspondents, already during the time of ‘explorers’. 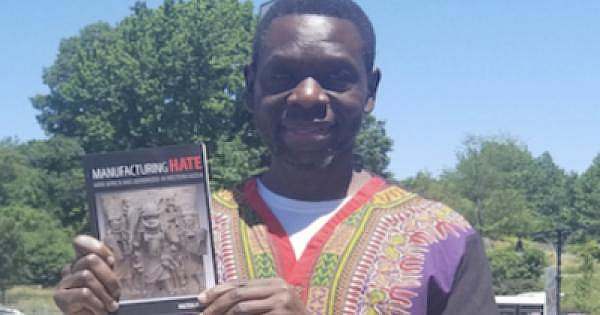 This rich collection of primary sources gives an intimate and confrontational insight in how Western media portrayed Africa in the last 200 years.

Allimadi shows how Africa is portrayed as primitive and tribal, delving into the negative connotation of tribes that is used to differentiate the ‘Other’ from western civilization organized in nations.

This is often used in the case of conflict, as it was again in Afghanistan and Libya, but also in demonizing Africans. The portrayal of Africans as inherently tribal is a method to place them below the civilization ladder. This is done in order to create a narrative of inequality.

When a citizen of the United States dies, it is a disaster, when several ‘tribesmen’ die as a result of a drone attack, it can be easier portrayed as collateral damage. The academic debate has already acknowledged the falsehood of the colonial narrative Africa being a continent of tribes for a long period, but the narrative remains dominant in Western media who actively reinforce it.

Trivializing African military victories against the conqueror was also a common practice within Western media. Even in the case of astounding military successes it is often portrayed as only the result of overwhelming numbers, instead of military genius. Allimadi uses three cases to reinforce this argument.

Allimadi also effectively illustrates how the reporting by Western media was not accidental, but the result of policy. Young inexperienced journalists were sent to Africa to share a superfluous image of the events, guided by Afro-pessimist old-timers as their editors.

These editors created the image they wanted to see, even when the journalists came with a different story. Most common terms to describe Africans were:

For a long time the New York Times was an early apologist for Apartheid, fronting the narrative that an African vote would result into anarchy.

The result of institutional racism

An intriguing observation made in the Manufacturing Hate is that the demonization of Africa by Western media is not the result of conscious racism but unconscious racism. With a lot of institutional racism in the United States, many Americans are not aware of their racism.

It is a result of their upbringing, a culture focused on Europe. This is reflected by the amount of reporters stationed in Europe, compared to those stationed in Africa. But there are also cases that this institutional racism becomes dangerous when the stakes are high in, for example, a military intervention.

Allimadi experienced first-hand how the media coverage of the NATO-supported war against Khadaffi in 2011 was not even trying to be objective. When it came to Libya, all major Western media promoted regime change without question.

Only later, it was revealed, became clear how the Western governments wanted to install a puppet government for more favorable terms for oil companies. Furthermore, France wanted to prevent Khadaffi from creating a new gold-backed African currency that would have weakened economic stranglehold over several Western African countries.

NATO backed local insurgents proved to be extremists who ethnically cleansed the city of Tawergha of 40.000 dark-skinned Libyans. Since these Libyans had been loyal to Khadaffi, they were made collectively responsible. Many were killed and tens of thousands forced to flee the city. On the gates of vandalized homes the light-skinned insurgents had scrawled words such as ‘slaves’ and ‘negroes’.

When the news site of Allimadi, Black Star News, wrote an editorial about it, they could not log unto their website for three days. As soon as they gained access again, the editorial had been removed.

When Khadaffi was killed, Hilary Clinton, then secretary for state, proudly claimed: “we came, we saw, he died”, and flew to Libya to pose with the insurgents. Now, eleven years later, Libya is still in anarchy and rampant to human trafficking and crimes against humanity.

The case of the NATO-backed insurgents purging Libyan cities of dark-skinned citizens and especially the censorship of these events by the western media during a military intervention shows how dangerous the institutional racism among Western media and society can be.

Describing Africans as tribal, dangerous or helpless all feed into a narrative. This narrative is not something new, but the same narrative as during slavery and colonization. Even though most African nations became independent, Western governments and companies still exploit Africa.

As long as Africans continue to be demonized, it offers those exploiting Africa legitimacy to do.

It was an insightful and confrontational read to explore why there is often such a negative image of Africa, not only in the West, but everywhere around the world. To understand how this image is manufactured also helps in changing that perspective and the perspectives of those around you.

As changes starts with yourself, I highly recommend to start with reading the excellent and powerful book of Prof. Milton Allimadi, if only to discover for yourself if you adopted narratives that demonize Africans.

4 thoughts on “Demonization of Africa”