Home » Why is Africa still poor?

Why is Africa still poor?

Why is Africa still poor?

“Seek ye first ye political kingdom, and all else shall be added unto you.”

This famous quote has been the defining code for African elites in the past hundreds of years. Indeed, all else (power, riches, fame) was added unto them after they captured political power through the gun or the vote, but only them. The people that helped them capture that political kingdom were left abandoned.

In my last newsletter I delved into how Africans are still being demonized by Western media. I explained how this was not by accident, but as the result of policy by Afro-pessimist editors at news publishers such as the New York Times.

The result of this demonization is a narrative of Africa being poor, dangerous, and in need to be saved by others. This is a colonial narrative, and in this blog I will delve why it is still so important to study the colonial history of Africa.

First of all, of course there is some truth in all these statements that Africa is currently poor and dangerous. The Human Development Index (HDI) has showed how Africa has been the worst place to live in the past decades, always at the bottom. Furthermore, since the WWII Africa has been the continent with most conflicts and political instability on earth. 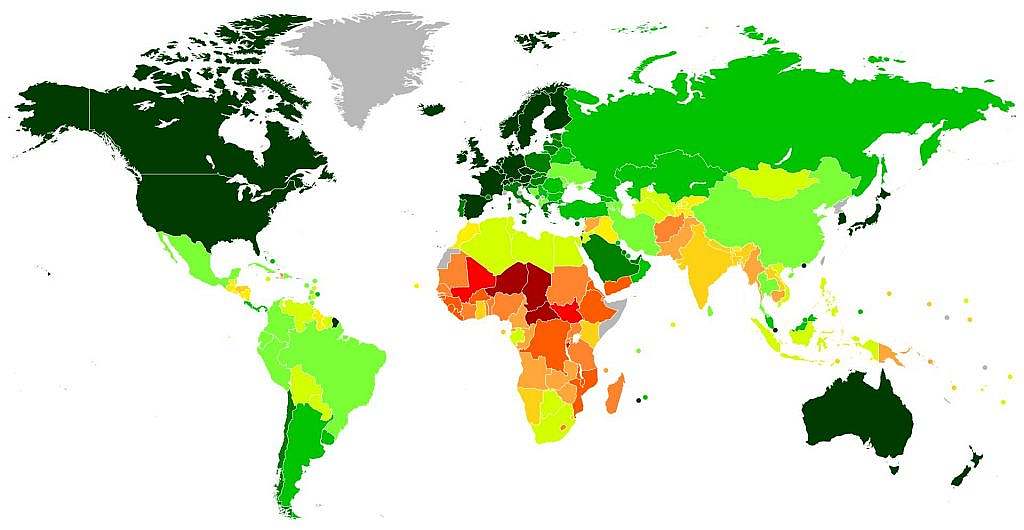 What matters most is WHY this negative situation is persistent. Why is Africa still the most underdeveloped region of the world? This why is crucial, as when we understand the why, we can find the correct solutions. If we got the ‘why’ wrong we will come up with the wrong solutions.

The three dominant groups that offered explanations to why Africa is still underdeveloped are the saviors, the traders and the tyrants.

The saviors claim that Africans simply lack the resources or the knowledge of how to develop themselves. They often assume that Africa has always been poor and helpless (not aware of Africa’s ancient history), and with enough outside help, they argue that Africa can be enlightened and guided to development. This group originates from the European missionaries.

The traders claim that Africa lacks the connection to the global trade. When the right conditions of the neo-liberal (Western or Eastern) context is created, Africa will develop. They accuse the corrupt African leaders of being the main blockade to development. This group originates from the Western companies and colonial administrations.

The tyrants claim that Africa lacks the freedom to pursue their own interests. They accuse the Western world of maintaining neo-colonial policies that continue to exploit Africa. This group originates from the African local elites, often misusing the narrative of Pan-Africanism for personal benefit.

All of these perspectives give valid arguments, for an incomplete picture. The saviors, traders and tyrants have been part of the problem why Africa was underdeveloped in the first place, and continue to maintain the status quo. In this blog we will delve in the real reason why Africa is still underdeveloped.

In the 18th century central Africa was the last unconquered space on earth. Europeans had established trading colonies all over Africa, with several settler colonies in North, East, West and South Africa. Western businesses and governments were originally not interested in conquering Africa. Their aim was a steady supply of raw materials and markets to sell their manufactured products. They had already achieved this around 1850. A combination of a strong missionary lobby and African slaver states endangering the market led to the Scramble of Africa nonetheless.

During the Scramble of Africa, the European colonizers waged a race of conquest. Due to the stagnation of Africa since the Transatlantic Slave Trade from the 15th century the Europeans managed to conquer Africa trough treaties and alliances with the local elites. It is important to remember that there was no sense of African unity against a common enemy. The only way the Europeans could conquer Africa was because many African local elites and soldiers helped them for personal gain. This is a painful but confrontational element: the African elites played a key role in betraying the African populations at large.

After the Europeans secured domination over all except Ethiopia, they all faced a similar problem: how can we as small European minorities rule the large majorities of the African populations. This problem has become known as ‘The Native Question’

Over hundreds of years of colonial experience, where the colonizers used a narrative of the civilization mission, they had experienced how their own ideas of independence, nationhood, and equality had united and empowered their colonial subjects in America and India. So a new approach was needed. An approach to ensure the continued colonial control.

Instead of directly controlling the African population, first the British and eventually all of the colonial powers, used indirect control to rule through the local elites.

This colonial system in Africa had three main pillars to ensure the control of the minority over the majority.

First of all, the African populations had to be divided, as a divided population was easier to rule. Before colonization Africans had organized themselves in clans, tribes, kingdoms, stateless societies, sultanates, empires and more. Under colonial rule, all were uniformly organized in tribes. Instead of a diversity of political identities, now tribe became the only possible political identity. Former empires and kingdoms were separated with rigid colonial lines and where no tribes existed, they were invented. Besides tribes, many more ‘compartments’ were created to divide the African populations as much as possible, such as the divide between urban and rural areas.

Furthermore, all African populations had to become dependent. All tribes were given a chief. Initially, these chiefs were selected from the local leaders. Over time, these chiefs became colonially-trained loyalists. Where in pre-colonial Africa chiefs often only had limited power, under colonial rule, they became all powerful. They gained power over legislative, executive and judiciary. They became judge, jury and executioner, all vested into one man. Also in economic terms the chief became all powerful, deciding and collecting taxes, and the provider of economic means. There was only one entity more powerful than the individual chiefs: the colonial administrations financing the chiefs in the shadows.

Finally, the African populations were made ignorant. Instead of applying civil law to African populations (that was used for the European settlers) the colonial system ensured customary law. The used the pre-colonial African customs to define legal issues. But these were not truly pre-colonial customs. These customs under the power of the chiefs and colonial administrations were slowly by slowly altered and tweaked, to centralize power among the chiefs, and take power away from other elements such as general assemblies or power of councils of elders. Property rights, such as those over land, were all connected to the tribal identity. A person could not own land, it was owned by the tribe. By presenting the customary law as historically African, it was embraced as such. In reality, these altered forms of customary law were corrupted forms of law designed for colonial purposes. Besides the role of customary law missionaries started their communities. In these communities the European ideal was preached, while the African custom and identities were demonized.

The combination of division, dependency and ignorance ensured a powerful system for oppression. Europeans expected it to last hundreds of years. But they had underestimated the Africans.

After WWII, with many African veterans returning from the fronts in Europe or Asia, new ideas of national independence were growing dominant. Pan-African ideas without European control led to a wave of change. The African Revolution started.

Leaders like Kwame Nkrumah mobilized their people against the colonial governments, and either through nonviolent or violent action resistance was growing. Nkrumah used an important quote to inspire his united people to first capture political power, after which the social, economic and political  transformations could take place: “Seek ye first ye political kingdom, and all else shall be added unto you.” 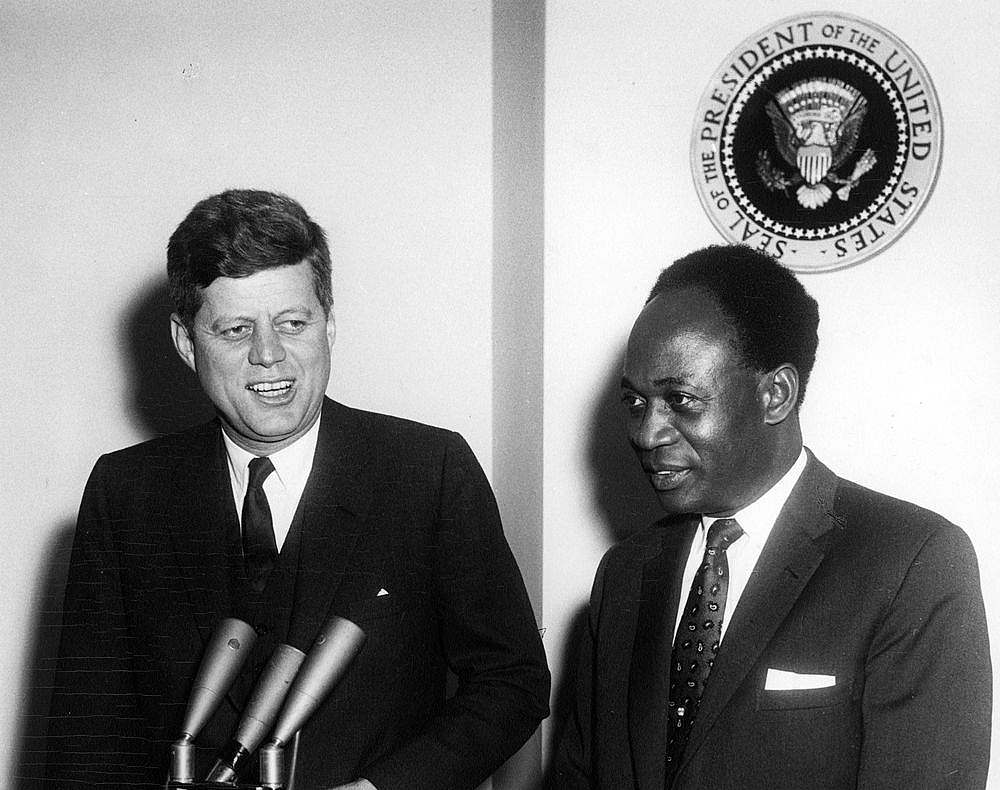 And indeed, he captured power. But once he captured power, he eventually became oppressive himself as well until he was eventually removed through a coup d’etat, a military takeover. The promised social, economic and political transformations did not take place.

African independence was a negotiated surrender

Nkrumah was therefore strongly critized by Frantz Fanon, who fought in the bloody Algerian Revolution. He distrusted his fellow African leaders, and warned that the African leaders were more interested in taking over for personal power. He claimed that if those social, economic and political transformations were to take place, the whole colonial system had to be abolished. His quote became: “Everything must change, for anything to change.” 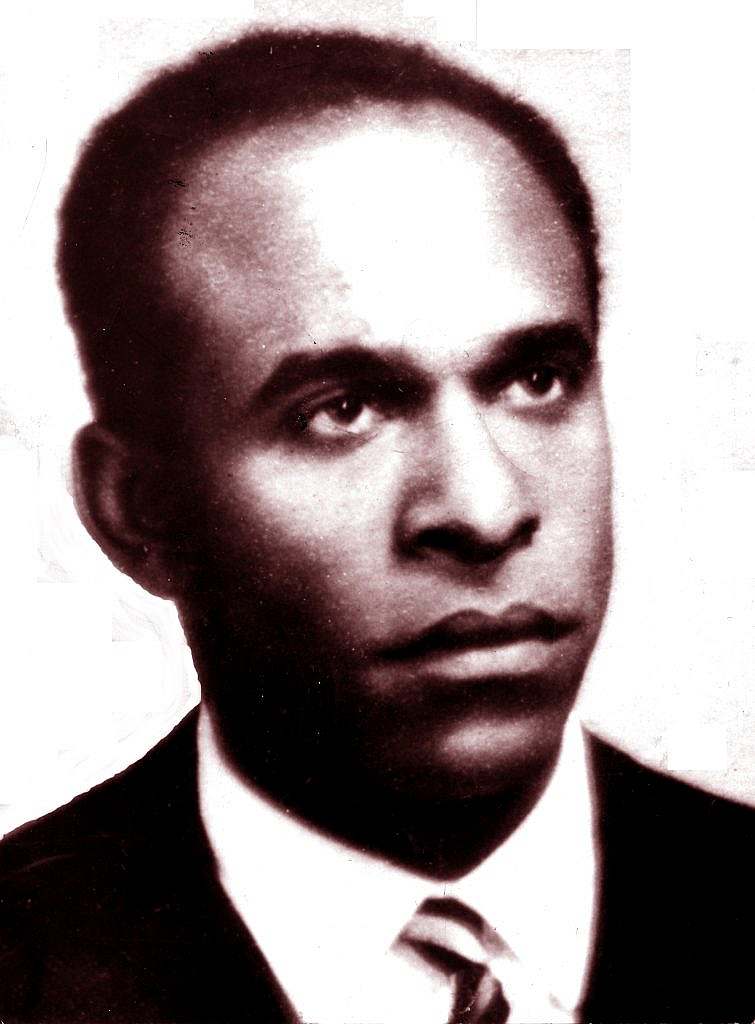 He warned that the African leaders were not after a real revolution in benefit of their people, but a negotiated surrender from their European masters. In this negotiated surrender, the colonial system was not abolished by the African leaders, but taken over, adopted. Used for their own benefit. After all, the system was ideally created to ensure that minorities (the African elites) could rule the majorities of African population. The colonizers benefited from this negotiated surrender as well. They lost the direct control of the political power in their colonies, but they had worked through indirect rule anyway. As long as they kept the economic power to exploit Africa they already secured before the Scramble of Africa (steady supply of raw materials and markets for manufactured goods), they would also continue to benefit from the negotiated surrender with the African elites.

Of course, this could only work in the cases where the African elites were interested in working with their former colonial masters. In cases of radical leaders that only wanted to serve their own people, by abolishing the colonial system, they ensured their removal. Leaders like Patrice Lumumba, Amilcar Cabral and Thomas Sankara did not live long.

Even Nelson Mandela in one of the last ‘independence movements’ of Africa from Apartheid-rule, unfortunately ensured a negotiated surrender as well. The economic power and control of the majority of land and mines in South Africa was kept by the white minority. It was not an exception from what happened in the rest Africa, but an example of how the former colonial masters could continue to exploit Africa even without political power. After all, he who feeds you, controls you.

Africa, as a result, is not yet decolonized. The colonial system was not abolished, but adopted by the African elites. The independence movements did not lead to the radical social, economic and political transformations. It was truly a negotiated surrender instead of a revolution and thus the African Revolution remained unfinished. The Europeans were right, the colonial system has the potential to last for hundreds of years, and continues to do so until this day. The African elites captured the political kingdoms and have been fighting over it ever since, but all else was added on them, and only them. That is why Africa is still being underdeveloped.

And those (saviors, traders and tyrants) that are still most dominant in the debate of why Africa is underdeveloped are not part of the solution, but part of the problem. They are the ones that benefit from the status quo, instead of the many people of Africa.

For more reading, I recommend the excellent book of Ugandan scholar Mahmoud Mamdani: 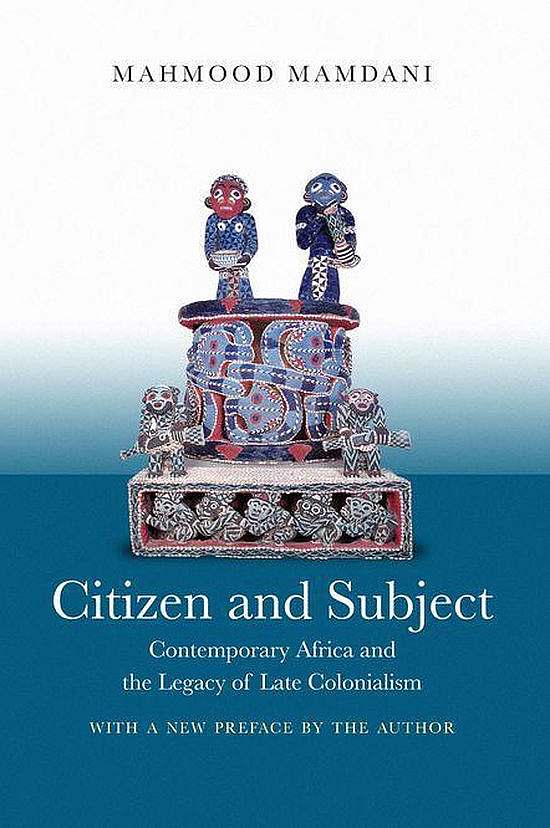